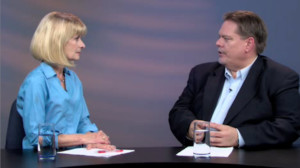 The video whitepaper series I produced last fall is now available to anyone who wishes to register.   There are three videos hosted by Mary Windishar.   In the first video, Shawn Rogers of Enterprise Management Associates takes us through the big changes in data warehousing.   In the next video, Ashish Sahu gives a great introduction to the state of the art in Advanced Analytics.  Lastly, the fall series wraps up with an interview of Neil McGovern talks about how to use dynamic tiering.  View them here:

SAP SapphireNOW Orlando is over and I’m back at my California home.  We had great traffic at the data warehousing booth and it was fun to meet many of you in person.   Lots of in-depth conversations about how one goes about architecting the idea business warehouse for specialized applications.

A question I was asked a lot was about the future of SAP Business Warehouse.   Don’t worry, Business Warehouse is very much a part of SAP’s future plans.   While we are always looking for ways to eliminate copies of data, that it not the true power of Business Warehouse.  Business Warehouse provides the toolset to design the complex hierarchies of data warehouse as well as key process automation and monitoring.  It is a core modeler for an efficient data warehouse for its entire lifestyle, not simply loading data.  And Business warehouse provides the services to integrate data from many sources and manage the underlying data bases in ways far more sophisticated than basic SQL.   While these services will continue to be ever more closely tied with SAP HANA, our in-memory application platform and database, they are still distinct needs of the complex data warehouse.

Other customers asked me about our commitment to Hadoop and what was the difference between Hadoop, and our disk-based, HANA Dynamic Tiering.    Well, SAP is very into both.   Hadoop is, of course, an open source product of the Apache foundation.   Dynamic Tiering is underlied by the columnar database design and legacy of SAP IQ.  At its heart, Dynamic Tiering is a very powerful relational database.   When data is already well structured, it is an ideal store for large quantities of business data, video, and text.   Hadoop is, at its heart, a key-value pair on a distributed file system.   This makes it fantastic for the acquisition of fast moving, unstructured data in a cost-effective way.   Both are highly relevant for the future of data warehousing and SAP is committed to providing all the tools customers need to build data warehouses for the source data you will likely encounter in the future.

Will Artificial Intelligence Be The End of Us? 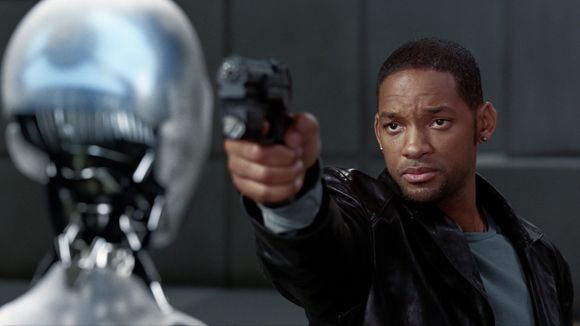 Recently there has been a bit of talk about Artificial Intelligence (AI) bringing about the final end of human kind.  Luminaries such as Stephen Hawking, Steve Wozniak, Bill Gates, and Elon Musk suggest that man will soon invent what is called “Strong AI” and it will be the end of humankind.

I personally don’t believe it.

First of all, this is all too much like the techno-driven nightmares of the twentieth century.   With the industrial revolution having fully taken hold, it seemed man was always inventing better ways to kill his own kind and that inevitably the tools of total human destruction would be in hand.   That threshold was likely reached with the thermonuclear device, which, in quantity, can conceivably render the planet uninhabitable.  Waiting in the wings were new terrors as well, such as biologically engineered disease, pollution-driven global warming, and a host other ways to compromise the biosphere we depend on for life.

On a personal level, I’d place bets on these more proven forms of deadly technologies before I’m going to worry about my iPhone turning on me.  After all, the devastating power of thermonuclear weapons can go largely unquestioned with the demonstrations of their power throughout the 50’s, 60’s and 70’s.   Couple with very real if theoretically demonstrated concept of nuclear winter and other devastating after effects of a mass nuclear exchange, it simply seems a more plausible way for the world to come to end.   Bioengineering, also has a distinctly higher plausibility, since we’ve experienced the devastating effects of plague as a species.   The Black Death left such an emotional scar on our race, we still sing about it in nursery rhymes hundreds of years later: “Ring around rosy, a pocket full of poesy…” recalls the fear of the first signs of the plague and the idea that fresh flowers in your pocket might ward off its terrible effects.

Artificial Intelligence on the other hand seems to be a much more feeble threat.   For example, today we are surrounded by natural animals with varying degrees of intelligence, yet as an apex predator we feel little threat.   And today, Artificial Intelligence is seldom credited with being much smarter than a mouse.  The run-away effect that AI might somehow get away from us, expand its own consciousness, and throttle the life from our species seems strange if not all together implausible.  Modern computer architectures as staked out by Alan Turning and John Von Neumann are ultimately deterministic.   In other words, the do what they are told.  Make no mistake, we can wreak a lot of havoc on ourselves by mis-programming a computer; however, the computer is only doing what we told it to do.  There is no creative spark, no “will to make Evil” that a deterministic device can create of its own volition.   It can only inflict on us what we will it to do.  In a sense, we should fear our kind more than a soulless collection of electronic components.

The key here is that I believe human consciousness implies a sense of free will and the ability to exercise that free will.   There are good number of reasons to believe this is true, rather than consciousness and free will merely being an epiphenomenon of electrochemical reactions in the cells of our brains. If we were to assume that human consciousness lacks free will, it would imply a host of new problems around good & evil, crime & punishment, altruism and many other distinctly human behaviors.  These issues are probably worthy of a philosophical essay in its own right, but when it comes to AI destroying human kind, it is probably axiomatic that it is acting upon some form of consciousness and will.

And this becomes the problem for computing machines.   Free will by definition must incorporate a non-deterministic behavior, or it isn’t free will, merely the obedience to the will of the programmer as defined in its algorithms and supplied data.   The mathematician, Roger Penrose, often refers to this exercise of non-deterministic free will as intuition.  He points to Gödel’s Incompleteness Theorem to suggest that there must be an incompleteness in our understanding of consciousness as it would relate to computers and that this incompleteness cannot be solved in a purely algorithmic way.   This essentially throws into doubt that Turing machine implemented on a Von Neumann architecture can ever really be conscious.  Essentially Penrose’s argument, best framed in The Emperors New Mind (1989), suggest that a conscious computer, self-aware, or even “spiritual” is, at present, quite unlikely.   (Penrose does make allowances that advancements in quantum theory might ultimately unlock some of the mystery of conscious, but to date his theories remain speculative.)

So although some the super-rich technologists entertain the press with prophesies of doom, for me it looks the old villains are still more frightening.   It is a re-telling of Frankenstein with transistors.   If the end comes by our own hand, I suspect the hangman will still have a human face.

One Week Until SAPPHIRE NOW 2015

I will be attending SAP’s SAPPHIRE NOW 2015 conference next week.    In addition to helping out at the Platform Technology demonstration area (Data Warehousing pod), I will be introducing Milt Simonds from AmerisourceBergen who will be talking about their 14 Terabyte data warehouse (PT20262 Simplify Your Data Warehouse While Meeting Tough Requirements).   I’ll also be co-hosting a Microforum with Mathieu Page of Uniselect on cloud-based data warehousing (PT20284 Explore the Benefits of the Cloud Warehouse with In-Memory Technology).  We’ll be exploring how cloud and hybrid-cloud architectures for the data warehouse may change how you plan you next data project.     Lastly, I’ll be co-presenting a couple demonstrations of working with SAP data warehouse technology and Hadoop big data with Matt Schmidt (PT20268 Overcome Data Overload with Data Layering Techniques).  You’ll get to see how we merge big data from Hadoop with business data in SAP Business Warehouse by using SAP HANA’s smart data access technology.  If you have a chance, stop by and say hello!

It was a relatively clear day on Treasure Island this morning.  I snapped this shot of Alcatraz right around noon. 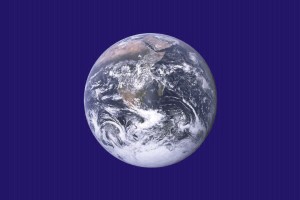 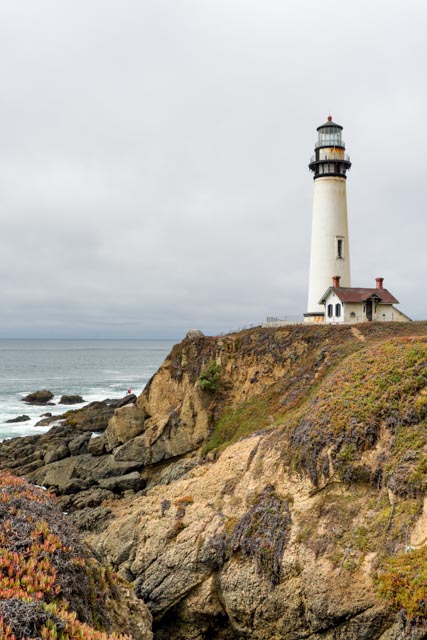 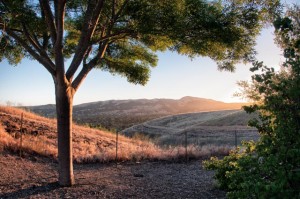 Welcome to my blog.

In here you will find my own thoughts and commentary from the vantage point of Silicon Valley product strategist.   Like many people here in northern California, I’m from somewhere else.  I grew up in the Washington DC area, was educated in Pennsylvania, and ultimately moved out to the East Bay region near Lawrence Livermore National Laboratory.  After 15 years I’m finally getting used to the dryness and lack of green much of year.  Visiting Washington last spring, I felt like I was in a jungle!

I have many “hobbies” including music, science-fiction, photography, philosophy, animation, sculpting and computers.   The last two have come together with the advent of some interesting software such as Zbrush, which allows me to sculpt digital clay in ways I could only begin to imagine when I created my first software programs to animate shapes on computer screens in the 1970’s.   Thirty-Five years and many twists and turns later, including much traditional art study, I find the two so divergent worlds fine arts and silicon circus coming together in surprising complementary ways.

In this blog, you’ll probably find comments about art, the business of computers and data management, occasional photographs, books and other observations as find them.   This blog is what Robert Fulghum once referred to as “my stuff”.

I hope you enjoy your visit.